GENEVA, SWITZERLAND - SEPTEMBER 21: General view of the Centre Court with Rafael Nadal of Team Europe and Stefanos Tsitsipas of Team Europe during Day 2 of the Laver Cup 2019 at Palexpo on September 21, 2019 in Geneva, Switzerland. The Laver Cup will see six players from the rest of the World competing against their counterparts from Europe. Team World is captained by John McEnroe and Team Europe is captained by Bjorn Borg. The tournament runs from September 20-22. (Photo by Monika Majer/RvS.Media) 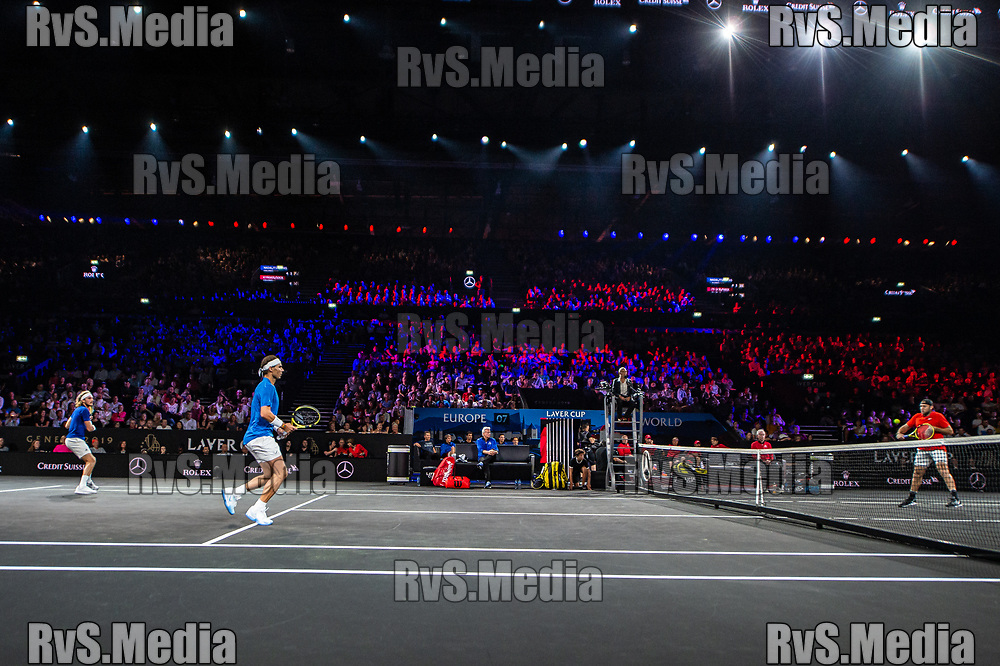