GENEVA, SWITZERLAND - SEPTEMBER 22: Stefanos Tsitsipas and Roger Federer of Team Europe celebrates after the point during Day 3 of the Laver Cup 2019 at Palexpo on September 20, 2019 in Geneva, Switzerland. The Laver Cup will see six players from the rest of the World competing against their counterparts from Europe. Team World is captained by John McEnroe and Team Europe is captained by Bjorn Borg. The tournament runs from September 20-22. (Photo by RvS.Media/Robert Hradil/Getty Images)(Photo by Robert Hradil/RvS.Media) 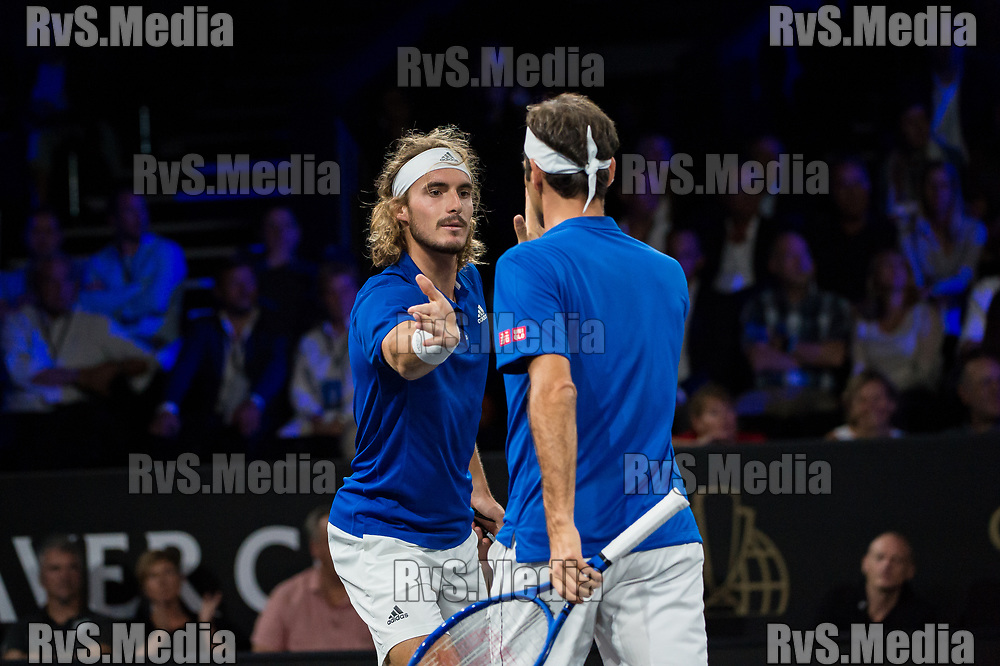